Are you carrying your past with you? 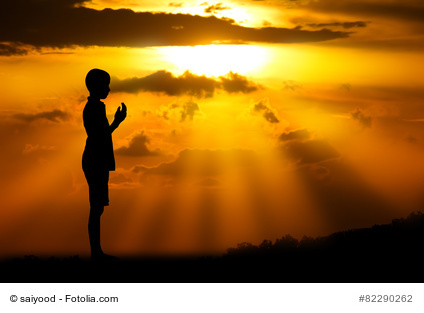 There is a tale about two monks, an older one and a younger one, who were walking across a heavily flooded countryside. On their way, they encountered a very pretty, young woman. She was stuck in the mud and desperately crying for help. The mud and the water were too high for her to walk through and she did not know how to go any farther.

The younger monk was ready to walk away because monks are forbidden to touch a woman. He expected the older monk to do the same. But the older monk lifted the woman without a word and carried her until they reached better terrain.

The young monk was beside himself, upset and angry. He didn’t talk to his older brother for a few hours, so they walked in silence. After a few hours, when he could not hold himself back any longer, he spat at the older monk with rage:

“What is that?” asked the older monk, surprised.

“How could you carry that woman? We’re holy men, we’re forbidden to touch a woman’s flesh!”

The older monk suddenly understood the rage and smiled with calmness: “I dropped her a few hours ago. Are you still carrying her?”

How many of us are carrying burdens from our past?

Just recently, my mom was telling me a story about my father’s family. From the amount of the pain that the story triggered, one would think that the whole thing happened only yesterday. Yet it happened more than three decades ago. But my mom, like that young monk, had been carrying her rage and pain for decades and feels the same humiliation she had felt thirty years ago.

Many of us do it. We carry our past pains on our shoulders, rewinding over and over again the wrongdoings that occurred, feeling the same hurt we felt ten, fifteen, or even twenty years ago. Sometimes we call it emotional baggage. Every single one of us has baggage up to a certain extent. That is understandable. Every breakup and every victory we’ve gone through created who you are now. But who you will be in the future is not determined by what happened, but by how you react to what happened. You can ruminate over and over again and play the poor victim. Or you can stop victimizing yourself and simply take charge of your life.

What we think, we attract. If you keep playing the same scenario in your head, don’t be surprised if it will happen again. If you think you are a victim, then you’ll probably become one. You are exactly what you allow yourself to be. And believe me, the choice is only yours to be a winner or a victim.

Stop playing the victim. He/she hurt you. They said this or did something that didn’t feel that good. I get it. But anytime you’re playing victim, you voluntarily give away control over your own life. To play a victim is a choice and it can become a very dangerous habit. You may end up in similar situations and if the only thing you ever learned was to give up, sigh “poor me” and victimize yourself, you’ll be never able to prevent similar things from happening. Take responsibility for your own life, don’t let others’ actions control how you live.

Look back when you’re ready. When you stop your self-victimization, you can go one step further. Once you’re ready, look back carefully (just a glance and then quickly back!) and try to get an objective understanding of what happened. Try to see whether there is anything you can take away with you. Can you prevent the same thing in the future? How?

Find forgiveness. To forgive someone (or yourself) simply means to spiritually accept whatever happened. It doesn’t mean that you have to agree with it. But it means that you’ve accepted it as a part of your life and that you accepted that whatever reasons the others acted a certain way, the reasons are theirs. You cannot see into that and it is not even your business to do so. Many times, we’re wasting our lives with “But how can he do that to me?” You don’t know what reasons the others have, you never will. And that’s fine. Other people may feel the same way about you. That’s why you should learn how to accept whatever it was and find forgiveness for it. What was done cannot be undone and once you accept that, you will be ready to move on.

Talk. Speak up. Vent. It is good to speak about what happened and I’m all up for it. The best scenario would be to talk directly to the person who hurt you. No guts for it? That’s fine. Speak to someone else then – or write a journal. Do whatever suits you the best, but get rid of the burden. Don’t pretend nothing has happened and don’t play it tough. Be honest about your feelings as that is the first step toward a new beginning.

Live. Life. Now. Don’t let your past keep you hostage, come back to NOW – now! Bury your burdens despite how heavy they are. Move on. Life has many miracles to offer. It is up to you, and only you, whether you open your eyes and begin to live now and recognize life’s magic, or remain forever buried in whatever happened and will be just “poor me.” One’s life shouldn’t be defined by one’s past, regardless of how difficult it was. Yes, take your lesson from it. Learn how not to repeat the same story. But don’t let it define you and your future.

Namaste 🙂 Share this article with whoever needs it… And if you wish to receive more material like this, don’t forget to subscribe for our newsletter and whitelist us (info@monikakinley.com)